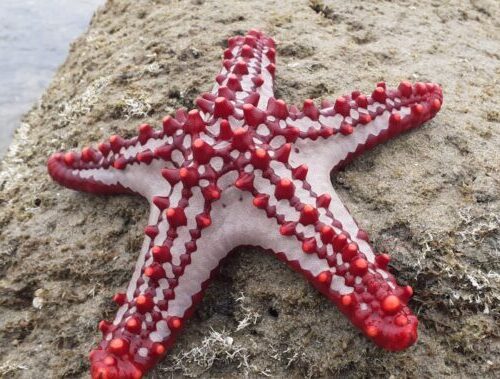 We were on our way to go snorkel in a nearby tidal pool when Tom suddenly saw a bright red star with a grey body clinging to one of the rocks in a shallow pool. At first I thought it might be a toy until it started moving slowly, Tom wanted to touch it, but I cautioned him not to touch it just in case it might be poisonous (Not venomous!)?

He then decided to try pick it up with the GoPro and took it out the water to take better pics. It was really huge.

Never expected a star fish could get that big – we estimate this starfish was about 20 – 25cm diameter. They can grow up to 30cm in diameter.

These Starfish are apparently a prize to keep in an aquarium and are actually nocturnal… Hmmm wonder what this one was doing up so late in broad daylight? Like all sea creatures I would prefer admiring these gorgeous creatures in the sea and having the joy and excitement of been able to find such a creature in the sea rather than captivity seeing them miserable in someone’s house!

I always get super excited finding new sea creatures I never imagined could exist and can’t help myself finding out all the amazing fun facts about our new found species… So here are a few fun facts about these beautiful creatures! 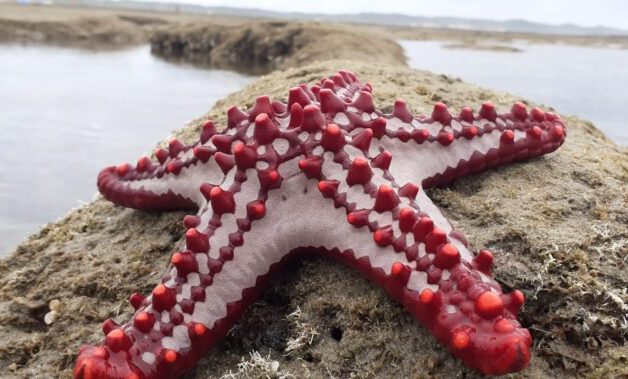